Manchester United and Tottenham could lose out on Eintracht Frankfurt star Evan N’dicka amid claims West Ham want to sign him on a free transfer next summer. N’dicka is a former France U21 international who came through the ranks at Auxerre before moving to Frankfurt in summer 2018. According to transfermarkt, the centre-back cost Frankfurt just short of £5million when joining. N’dicka has gone on to make over 150 appearances for the Bundesliga side since then, scoring 10 goals and registering nine assists. He helped Frankfurt finish fifth in the table during the 2020-21 campaign, qualifying them for last season’s Europa League. 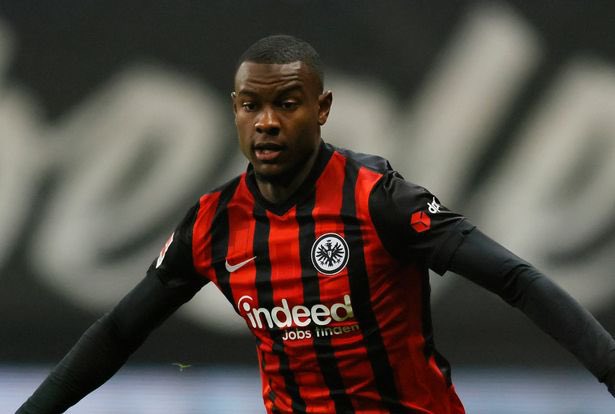 And Frankfurt ended up winning the competition for the second time in their history (they also lifted the UEFA Cup in 1980). They beat West Ham 3-1 over two legs in the last four to set up a final showdown with Rangers. And after a 1-1 draw in extra time, Frankfurt emerged victorious with a 5-4 penalty shoot-out win. N’dicka has played a vital role in Frankfurt’s recent success. He is an important part of Oliver Glasner’s first team, having featured in every single match so far this campaign.

However, Frankfurt may have to look for a new centre-half if they lose the Paris-born star in the near future. N’dicka’s contract expires at the end of the season and he knows he could secure a move to a big club. Manchester United and Tottenham both went after N’dicka’s signature in the summer transfer window, but to not avail.

Now, it is West Ham who could march in and win the race for the player. According to Sport Witness, who cite French outlet Jeunes Footeux, West Ham are ‘interested’ in snapping N’dicka up. They ideally want him to run down his Frankfurt deal and move to east London on a free transfer next summer. This would be an exceptional piece of business given transfermarkt rate N’dicka at just under £29m.