According to BILD’s Christian Falk, Timo Werner had a chance to join Manchester United in the ongoing transfer window but opted to leave Chelsea and return to former club RB Leipzig. Werner signed for Chelsea in the summer of 2020 in a big-money deal, arriving with the reputation of being one of the most in-form goalscorers in the Bundesliga. However, his spell at Stamford Bridge was filled with struggles and a lack of confidence as the 26-year-old failed to reproduce his form from his time at RB Leipzig. 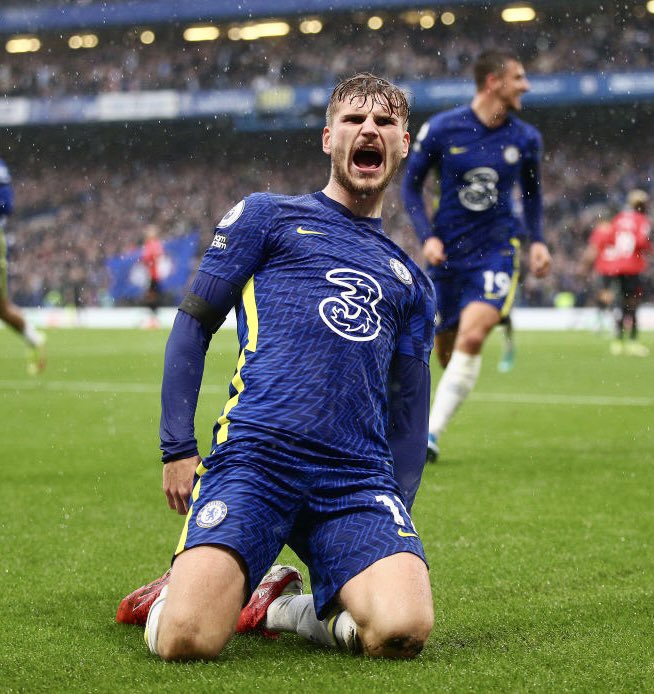 In two years at Stamford Bridge, Werner managed a paltry tally of 23 goals and 21 assists from 89 appearances in all competitions. Having no longer been a regular starter, the German international decided to call time on his stint in England and return to Leipzig to keep his hopes of making it to the World Cup later this year. However, it could all have turned out very differently for Werner as he had an opportunity to sign for Chelsea’s Premier League rivals Manchester United before his return to Leipzig.

Indeed, as per Christian Falk, Manchester United held talks with the 26-year-old striker over a potential move to Old Trafford, with new manager Erik ten Hag being open to working with him. The Red Devils have been on the lookout for a new centre-forward as there are serious question marks over the future of Cristiano Ronaldo.

The Portuguese talisman is pushing for an exit this summer, with his agent, Jorge Mendes, offering the 37-year-old to top clubs across Europe, although there have been no takers for him as of yet. Furthermore, with Anthony Martial already injured and no other option in the No. 9 role, Manchester United need a new striker at the earliest possible.