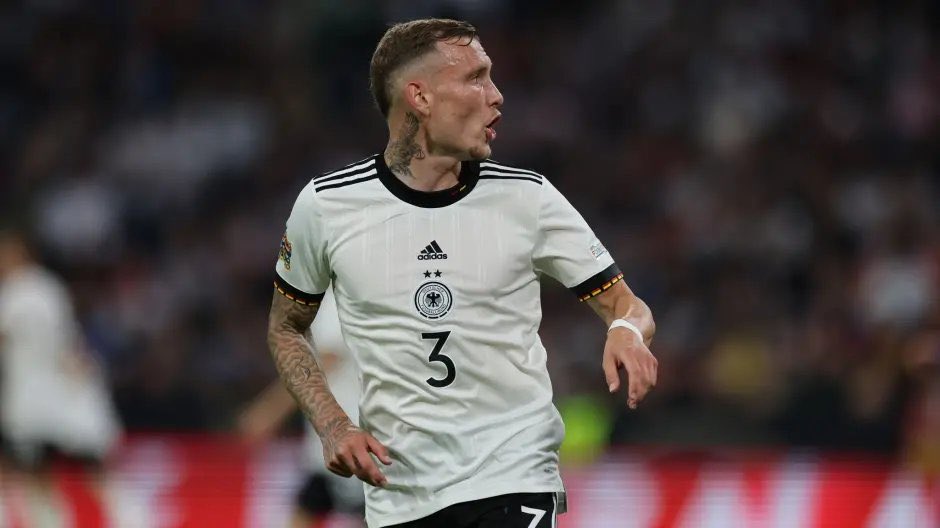 Raum starred for TSG Hoffenheim during the latest German Bundesliga season thus leading to the interest of several teams in the Premier League in addition to Borussia Dortmund. He was responsible for the most crosses into the box in the top five leagues of European football namely German Bundesliga, Premier League, Spanish La Liga, French Ligue 1 and the Italian Serie A.


German club Dortmund were in pole position to sign £34m-rated Raum, but they are no longer massive favourites as they have to sell players to be able to sign the Hoffenheim defender.

24-year-old Raum has four years left on his contract with TSG Hoffenheim who didn’t quality for European football ahead of next season. New Manchester Unitedmanager Erik Ten Hag is keen to bolster his defensive options in the bid to improve the defensive record from the latest league season. Manchester United conceded 57 goalsin the latest Premier League season, the worst record in the top seven. German left-back Raum is one of the numerous defensive targets being considered by Dutchman Ten Hag and Manchester United.

The left-back position at Manchester United is in need of urgent attention and Raum could be the answer. England international Luke Shaw started last season as the first-choice left-back before injury and loss of form paved the way for Alex Telles to get the opportunity to impress in the position. Brazil international Alex Telles was signed from FC Porto last summer.